The Telegraph review for José Pizarro The Swan Inn 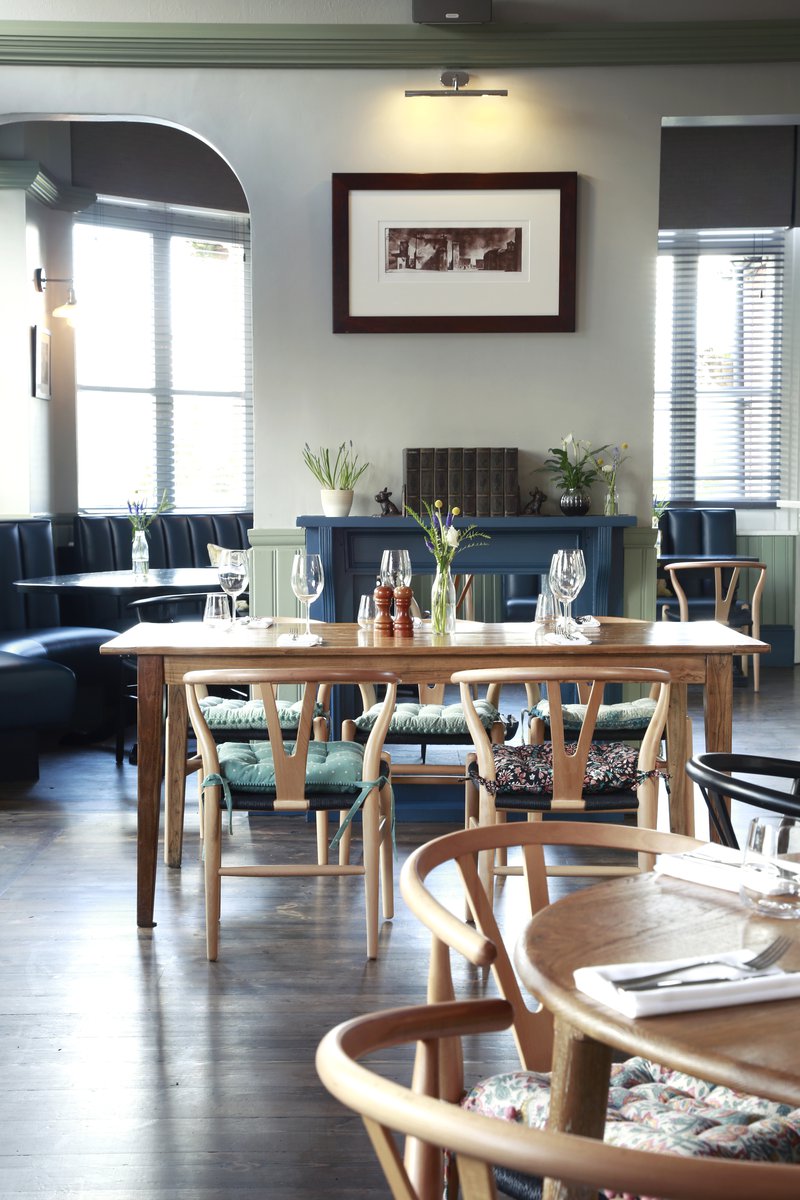 There’s been a lot of drivel about class in the papers again lately. Some of it’s been quite funny, like the guy who totted up his lifetime score on Twitter, docking himself eight “working-class points” for having a Le Creuset tagine but awarding himself one back because it’s orange.

The whole thing comes up a lot in food, as you can imagine. Something that’s supposed to be fairly straightforwardly about pleasure gets tangled up in a thicket of anxiety and guilt – which presents, all too often, as simple rage.

Why should I spend all that money when I can make it for a fiver at home? What’s with all those funny words on the menu? You’ll need to go for a bag of chips afterwards. How dare you waft around town, flaunting your solvency and happiness, when people are sleeping in the streets?

I’ve got snappy answers – which I’ll spare you – for all of these except the last one. Though there wasn’t much evidence of homelessness in Claygate, Surrey, on Monday evening.

It’s classic commuter-belt ­terrain, extra-urban yet sub-rural, halfway between Sandown Park racecourse and the A3 (which I’m beginning to feel has been following me around lately), and handily ­situated for Chessington World of Adventures.

It’s entirely understandable that this sort of thing should have taken off in an age when technology and changes to the retail sector were making food seem more standardised, more homogeneous, less about the appreciation of things in themselves.

But then matters took a curious turn. On the one hand, a distinctly weird, puritanical impulse, a sort of sado-gastronomy, crept in: Elisabeth Luard’s follow-up to European Peasant Cookery was The Barricaded Larder, which is all about what you cook when you’re trapped at home by bands of marauding Landsknechts during the Thirty Years’ War (lots of pulses, if you’re interested). All those post-Brexit turnip recipes are slightly speaking to this mindset.

On the other, the idea that simplicity might be equated with excellence gave rise to a series of temples to peasant cuisine, which charged prices that would have any real peasant reaching for his pitchfork. Two canonical examples are The River Café in London and Chez Panisse in California.

Such restaurants aren’t just vulnerable to criticism on the basis of cost (as well as a peculiar kind of hypocrisy); they’re also arguably less demanding in terms of craft than places practising classic French cuisine (or molecular gastronomy, come to that).

So if I say that we loved our dinner, I’m not sure where it leaves us, or who to thank – Pizarro, his team in the kitchen or his forebears in Extremadura. But love it we did: the flickering anchovies, perfectly poised between sweet, acid and salt; the crumbly chorizo with cubes of quince; a delicate white bean stew with broccoli; a moreish pan con tomate, the hand-minced fruit taking on a slightly creamy taste as it sank gratefully into the soft bread; the padrón peppers, pungent and firm and the colour of a vintage racing car; the pork, of immensely good quality, beautifully cooked on (we supposed) a Josper grill, which came with piquillo peppers and tiny roast potatoes that tasted of the soil.

We also loved the three sherries we tasted, not to mention a brambly-smoky red wine, made from shiraz and tintilla de Rota under Pizarro’s name near Cádiz, and sold by the carafe as well as the glass and bottle; and the torrija (PX-cream-slathered French toast, strewn with caramelised almonds) and fantastic Spanish cheese board, served with a few slivers of poached pear as well as more membrillo, with which we rounded off the evening.

I would have to say it was a little on the spendy side for what it was. But I can report that the people in the room, all of them several generations away from any sort of life of manual labour I’d say, seemed happy with their food, and their friends, and themselves, and overjoyed that “José” was now among them. So that’s all right.