Top chef José Pizarro talks about his mother’s stew, and making food so good it makes his diners frisky 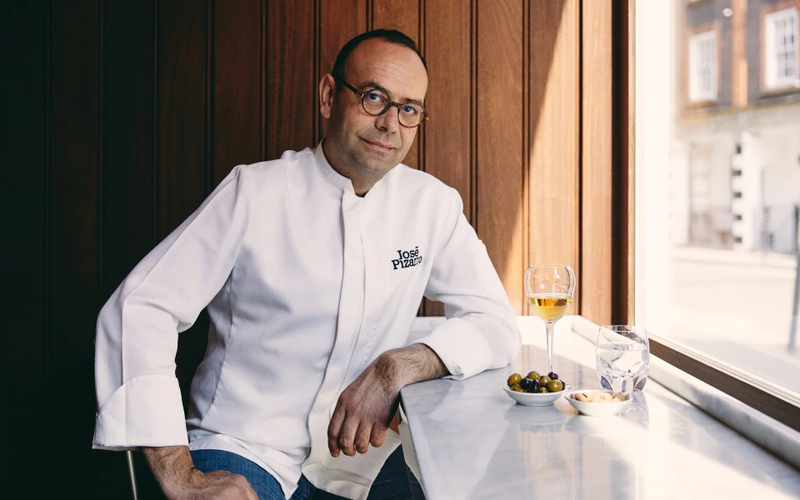 I have published cookbooks on Spanish food and have four restaurants

I recently launched rooms at my Surrey pub The Swan Inn, so you can come for dinner and stay the night. I have also been in Spain this month doing final tastings for my new olive oil. Other than that, I have been working on new dishes for my Broadgate restaurant and creating a menú del dia at Pizarro Bermondsey.

You’re mayor for a day – what food law would you introduce?

I would make it compulsory for schools to have a good basic food education so children understand where the food is coming from and have a knowledge of basic flavours so they can cook meals from scratch at home.

What’s the strangest encounter you’ve had in your restaurant?

A noisy couple in the toilet having fun. They were so loud they made the restaurant go quiet. It’s safe to say my food made them very happy.

Tell us about the best meal you ever had

It was in D’Berto Restaurant in O’Grove Galicia. It is a very traditional restaurant in the Galicia region that focuses on seafood. I have eaten in some very good restaurants but D’Berto is something very special.

What do most people get wrong when cooking?

When you fry an egg, people tend to put the egg in before the oil is hot enough. The most important thing is to put it in when the oil is really hot. Then you will get it nice and crispy on the outside – a proper fried egg!

You come home drunk and hungry – what do you cook?

Something simple… A Spanish omelette or toast topped with some tinned Spanish seafood such as mussels escabeche. And crisps, always with crisps.

My mother’s Cabrito Stew. She has made this on special occasions since I was a child. It is made very simply with cabrito, dried Spanish peppers and a few store cupboard ingredients, all slow cooked, but for me it is the taste of home.

What’s the worst thing you’ve ever put in your mouth?

At a jamon tasting, I tried one of the cheapest hams ever. It tasted so strongly of chemicals that it was impossible to swallow.

What should everyone have in their kitchen cupboard?

The basics for me are pulses, good olive oil, good sherry vinegar, rice, potatoes and eggs. With these you will always have the basics of a good meal at hand.

Being a child and waking up to the smell of the freshly made churros my mum would make before I went to school.

What’s the most outrageous thing you’ve seen a chef do?

I saw one boiling fermented foods. He tried to convince me it added to the flavour, when really it completely ruins it.