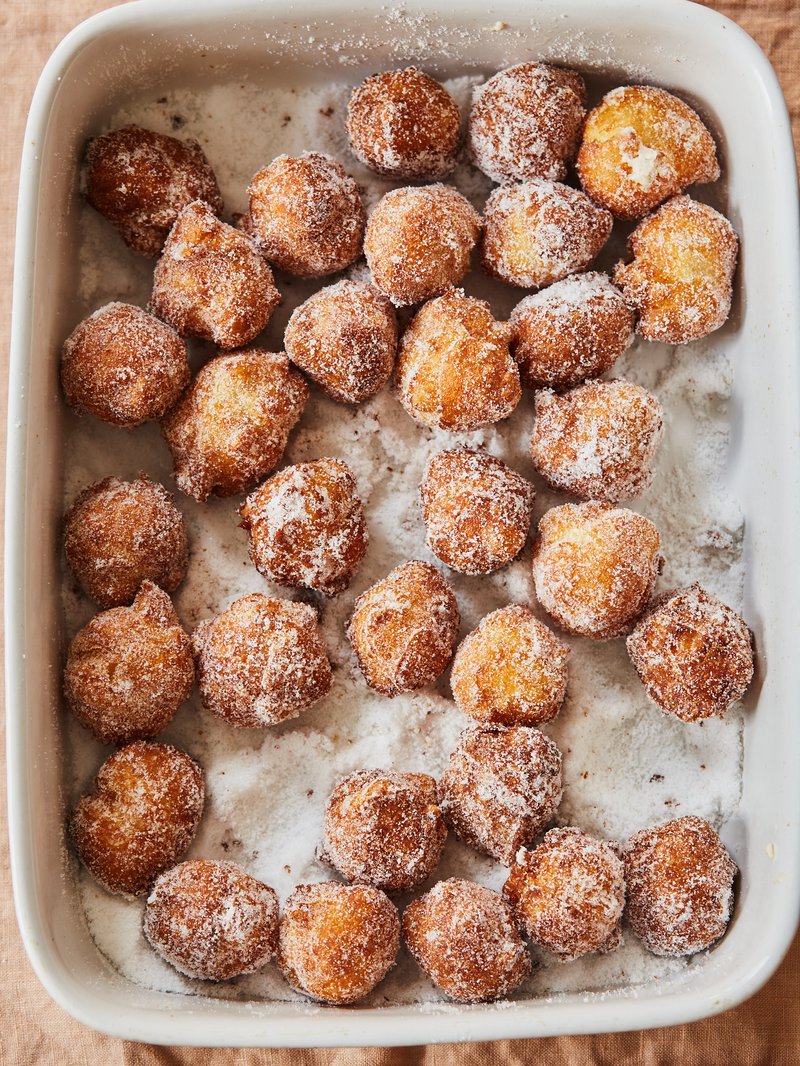 for the blood orange cream

have a luscious syrup. Set aside to cool

3. Remove from the heat and gradually beat in the eggs one at a time until you

have a smooth very thick batter.

4. Heat the oil to 180c and drop heaped teaspoonfuls of the mixture into the hot

oil and cook for 2-3 minutes until deep golden brown and puffed up. Scoop

out with a slotted spoon and drain on kitchen paper. Repeat until you have

used all the batter. Toss in caster sugar whilst still warm.

5. Lightly whip the cream, then fold in the blood orange syrup.

6. Serve the plate of the fried bunuelos with the cream to dunk them in.